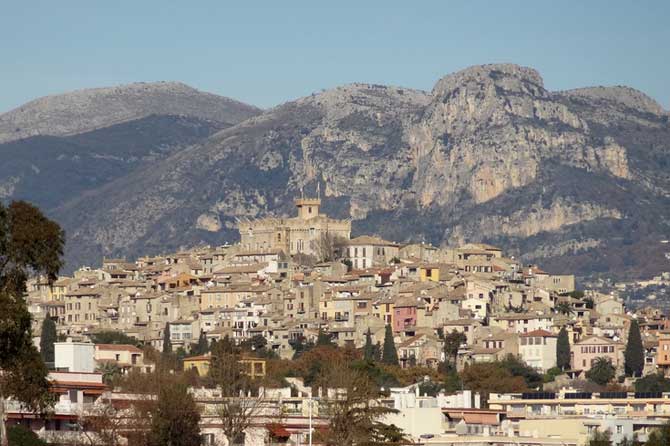 Another exquisite day of sun to visit another exquisite area on the Côté d’azur! Farty Bum, the Hash (everything), graciously offered to hare at the last minute as SMT had difficulty getting someone to do this earlier.

Cleverly, she chose to set this run close to her home, but after partially setting her woollen run, she discovered that our hash coincided with the Nice Marathon! With many cautious warning about potential traffic, parking problems, and the fear that the hash runners might be mistaken for the marathoners, we settled on a fairly late start, and encountered no problems!

We started by greeting Confusion’s two invitees, and were then educated about Farty Bum’s woollen markings. Having studiously listened to our instructions, off went the runners winding our way through the town streets. We ran along a little riverside for a while, and then the easy running was over.

We suddenly headed up, up up, into the old village of Haut Cagnes. Jobsworth and Malcolm were charging ahead uphill, but Buns, craftily used the excuse of a view stop to take photos to help all the Hashers catch their collective breaths. The front runners were called back to have their photos taken and we all enjoyed the views and the break from the pull of gravity.

After this brief halt, we were then directed by Cumalot to an interesting home with a creative bent. We observed many rustic and amusing sculptures,

but Cumalot was more interested in having us observe the name of the house. We studied the apparently African seeming name, trying to understand it’s meaning. Approximately it was Wairda Fakarwi I’ll tell you the English translation – Where the fuck are we!

We carried on up hill happily following our pink wool markings and eventually wove our way up through the pretty winding streets of Haut Cagnes. At the very top we again took advantage of the the wonderful views from the old square to take some more photos.

After a welcome break, we trotted back downhill with visions of a nearby beer check in our minds. We easily followed the pink woollen markings back to the area we had already passed. No problem, we thought. Farty Bum had already warned us that we would cross the trail previously run, and we were to continue straight on. After numerous failures, we eventually gave up and called FB to get us back on track. Apparently we had run a good portion of the run backwards, and once straightened out, we were again envisioning a nearby beer check. Ha! Not to be, we ran and ran and ran through the streets trusting in Cumalot’s supposed knowledge of the area to guide us to the Beer Check. (We harassed poor FB into giving us her run map in order to ensure we knew where to find the Beer!)

A joyous arrival at the beer check soon turned sour when we realized the car containing the beer and treats was locked, and no one had the key.

No worries, we had a bit of sunshine, so we sat on the curb, and awaited the walkers and our hare.

FB arrived after a brief interval, and we quickly snatched the key from her and gobbled down the beer, chips and peanuts. Not long after the walkers started to straggle in, and we exchanged notes about our tour of the area.

Although a lovely sunny day, the wind had picked up, and we had all cooled down, so the runners were keen to get going.

Lazy Smelly Pooh and Buns chose to walk a direct route to the parking lot and circle. They arrived shortly after our hare in her car, and we soon were reunited with our fellow runners. Apparently they too took a bit of a short cut, but did enjoy the sea views, as they ran along the waterfront.

Eventually the walkers straggled in, and we circled up to review the events and misdeeds which occurred during the walk/run.

Cumalot got a down down for exhausting some female Hashers the night before, not to say anything about the Spanish male bartender!?

Buns was given a down down for recruiting a potential new youngish female future hasher. We encountered her just as she was trying to drag a Christmas tree into her home which she told us had just been bought from Lidl. Luckily for her Pilchard explained that the only way someone could enter our very exclusive club was to have purchased a tree from Lidl!

We had a first at our hash!

A non-human was the shit of the week! Coke Hound, nominated by her hash mum, was punished for almost taking out poor unamed Malcolm with a tripping hazard caused by her leash. Bad Girl! Silly Hashers asked who would take the down down for her, and she proved herself to be a proper Hasher.

Coke Hound AKA Smudge taking her down down for Hash Shit of the week!

Getting cold and hungry the crowd dispersed and headed off to the chosen restaurant for further festivities.

Boozy Lucy Away Weekend 6th-8th May

Check out this list of Hashes around the continent of Europe also the United Kingom of Great Britain & N.I. and Eire. 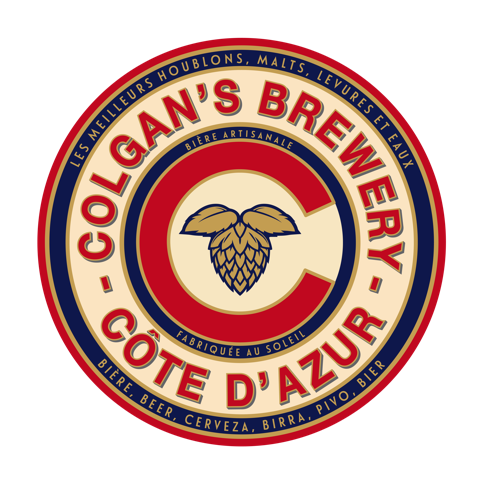